Thank you for your patience while we retrieve your images.

William H. Machen (Machen) in 300 feet of water off the New England coast on the 75th anniversary of her sinking. On July 7th, 1942, the 360' Machen collided with the 218' general cargo freighter the Maid of Stirling owned by Stirling Shipping Company off the New England coast. The Sterling was not seriously damaged and continued on to port. Unfortunately, the mortally wounded Machen foundered and few details ever emerged about the collision itself or her final location. Lost during war time, with 44 other US merchant vessels loses in July 1942, the sinking of the Machen became a single line entry in a Coast Guard report and was largely forgotten.

She was discovered in the summer of 2017 by a team including Danny Allan, Mike Barnett, Mark Bowers, Josh Cummings, Bob Foster, Nate Garrett, Jeff Goodreau, Ryan King, and Scott Morency 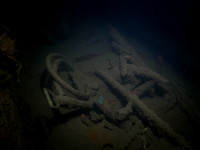 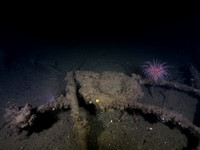 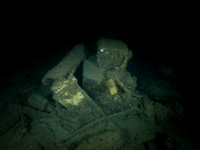 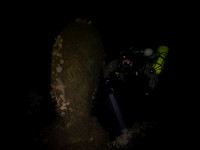